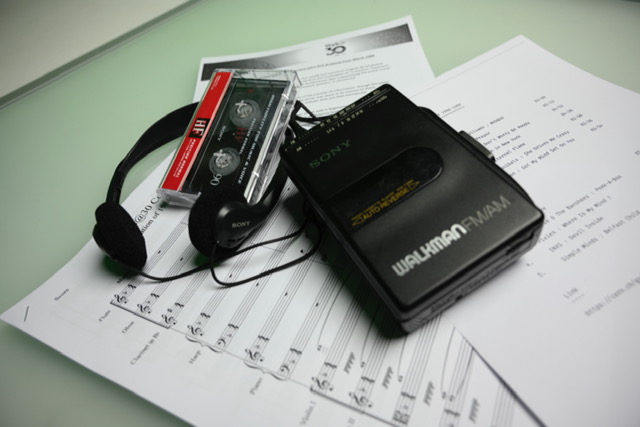 Sir Tim Berners-Lee departed from CERN just after 9am as part of his 30 hour journey to mark the 30 years of the web.

We at CERN decided to gift him with the sonification of his web proposal paper, and - to maintain a spirit of the time - some late 1980's pop music.

The whole soundscape was recorded on original cassette tape, and included an original Sony Walkman to listen to it. 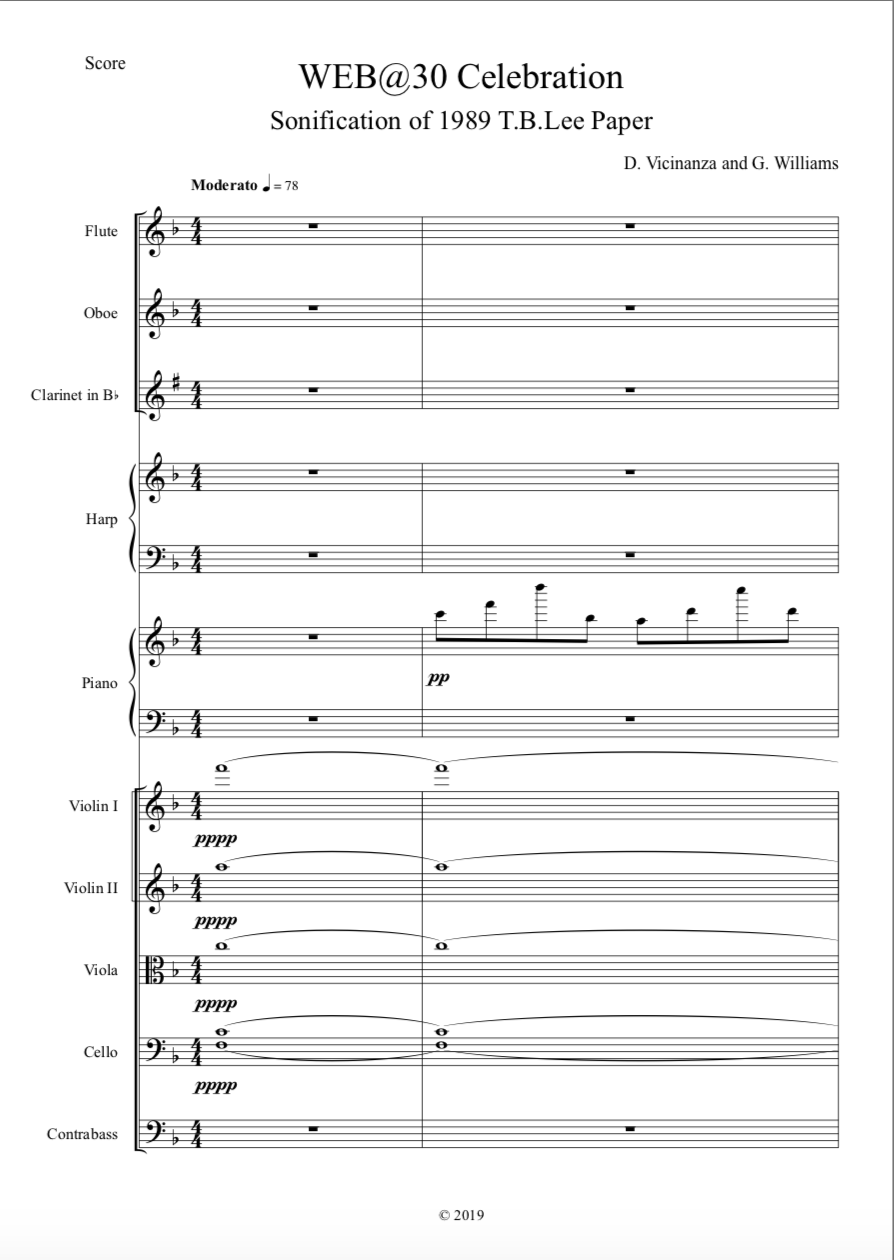 The story of this piece starts with revolutionary, but simple and somehow magical development: beginning quietly, the piano plays a melody derived from the sonification of "A solution: Hypertext", the title of the key section of the paper where the fundamental idea underpinning the entire world wide web, linking documents together through network pointers, is introduced.

The beginning of the piece describes the beauty of the transfer of information: though the piano notes are alone at the beginning, as the first web server was alone in its mission to share information, as more websites are created, more melodic lines are then introduced.

During the development of the piece, the power of the web is beginning to be realised: more sentences from the paper are turned into music. A modulation from the key of F major to A flat major describes the biggest transformation in the web. With the introduction of blogs, social media and data sharing (the web 2.0), everybody  can create, elaborate, distribute information. In the music piece all the instruments start communicating their melodic ideas: phrases and fragments picked up by other instruments, changed, relayed, interpreted. Harmonies and dissonances are generated by the combination and resonance of music thoughts.

Complexity and variety of the sounds and information increases. The melodies and the harmonies are always different, as two snapshots of the web will never be the same. The richness in the music captures how we are now surrounded and consumed by the power of the web. It is part of our society and eventually so naturally embedded and almost natural.

The final measures of the piece are echoing the initial melody, as the original, simple but so powerful idea of connecting documents together in the hyperspace, is and will always be the backbone and the soul of the world wide web.

A playlist of music hits to celebrate the web's 30th birthday!

This is the pop playlist that we put on his cassette tape.

In the meantime, the Web Foundation called upon the Twittersphere for a playlist to celebrate the web's birthday. Suggestions came in from all around the world, and here is the result.